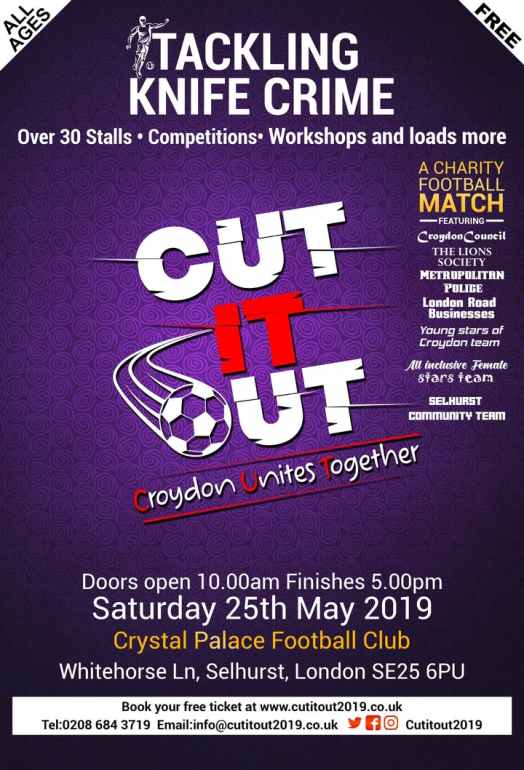 With the recent surge in knife crime in the capital and the negative media that it has attracted, it is clear to see that this is now an epidemic that is not restricted to one area of a community; but, is affecting all areas of our society despite class, race, age or gender.

The CUT It Out event is being undertaken to raise aspirations and provide an opportunity to expose those “at risk young people” to organisations which can help divert them away from gang activity. Consequently, preventing them from becoming another statistic among murdered youth in the capital, or a perpetrator of knife crime. Rather we will introduce them to different ways of developing various aspects of the life!

Giving young people, particularly those who have been affected directly by knife crime, a once in a lifetime chance to play at Crystal Palace Football Stadium!

To order tickets for this free event click here: http://cutitout2019.co.uk/