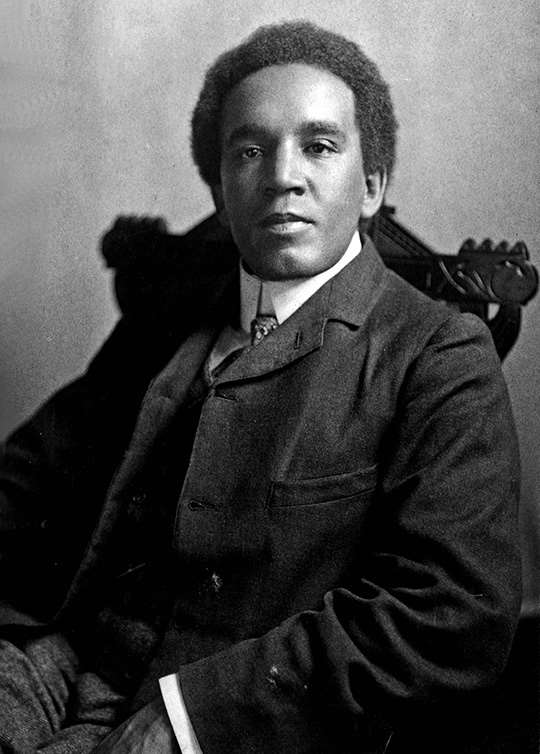 Born in Holborn (Central London) in 1875, Samuel Coleridge-Taylor was a composer who was also a conductor. His father was a doctor from Sierra Leone and his mother was an English woman.  He was a highly popular composer, who was known as the “African Mahler” due to his three successful tours of the United States at a time when classical music was overwhelmingly dominated by white composers.

Samuel’s father moved back to Africa without knowing that he was a father.  So he was brought up by his mum and his grandfather in Croydon.  His grandfather taught him to play the violin. He displayed a gifted talent for music from an early age and he later studied at the Royal College of Music in London at the age of 15 (some 3 years earlier than normal).

He became a professional musician and later became a teacher at the Crystal Palace School Music and conducted the Croydon Conservatoire Orchestra. Early on he worked with another famous English composer, Edward Elgar, who called him “a genius”.  His most famous piece of work was “Song of Hiawatha”, based on the story of the life of a Native American leader.

Samuel married Jessie in 1899, despite her family not approving because of the colour of his skin.  Jessie’s parents were won over and attended the wedding.  Samuel and Jessie had two children- a boy called Hiawatha (named after his most famous piece of music) and a girl called Gwendolyn – both later became musicians.

He lived in South Norwood, at 30 Dagnall Park near to Selhurst Station, just a short walk from Heavers Farm, and later in Croydon where he died in 1912, aged just 37. Both of these houses have Blue Plaques on the wall to commemorate this fact. 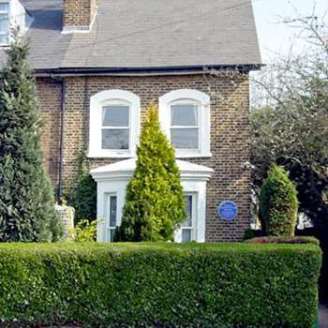 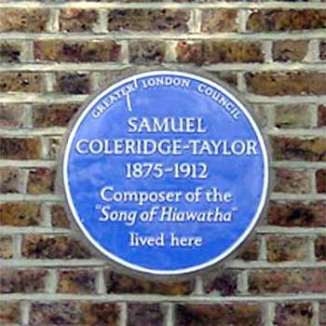 View all posts by robertaskey2013

14 thoughts on “Black History is Our Local History: Samuel Coleridge-Taylor”